The landscape of Galloway is rugged with the 4 main rivers of Urr, Ken, Dee and Cree running north to south from the Galloway Hills to the sea.
The climate is mild due to the Gulf Stream.

The Galloway Hills is one of the remaining wildernesses in the UK. There are  various scenic areas with the hills such as Cairnsmore of Fleet rising to a height of 2,333 feet (711 metres), The Merrick 2,766 feet (843 metres), The Glenkens, the extensive Galloway Forest Park consisting of Glen Trool and Kirroughtree with their dark night skies.

There are rocky as well as sandy beaches within Luce Bay, Wigtown Bay and the western coast facing the Irish Sea.

There are quite a number of lochs such as Ken and Clatteringshaws. 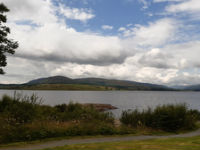 The good arable land in parts of Galloway known as The Rhins and The Machars are used for sheep, dairy and beef farming as well as horse breeding. There are 2 famous breeds of cattle namely The Galloway and The Belted Galloway (Beltie).

The area is of historical and scientific interest with a rich evidence of prehistoric monuments and relics.

A big proportion of the hills and valleys are forested. Timber, farming, fishing and tourism are the main industries as well as hydro electricity.

An inhabitant of Galloway is called a Gallovidian.

Help give a child a respite holiday in Galloway 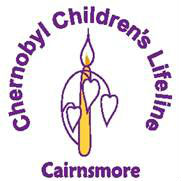